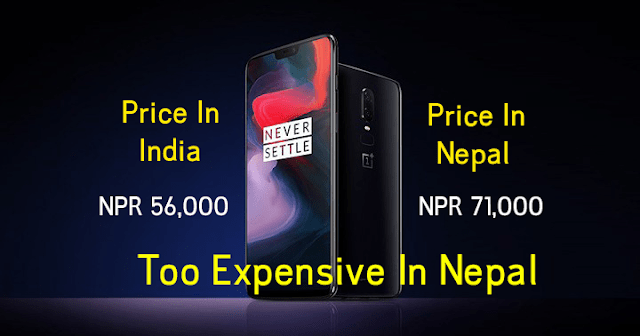 OnePlus brings its smartphones with the flagship grade specs but at very low prices as compare to other smartphone companies like Apple, Samsung, Google, Huawei and many more.
Due to this reason, within a few years of establishment of their company, OnePlus pulled out a lots users attraction to their phones.
For a Nepalese its now a good news for you. OnePlus 6 now available in Nepal just after launched in London.

Now you can buy OnePlus 6 from the Oliz Store. It is the official authorized distributor of OnePlus smartphones for Nepal.

Why Not Buy OnePlus 6 In Nepal?

So, don’t you think the price of OnePlus 6 is insanely Overpriced?