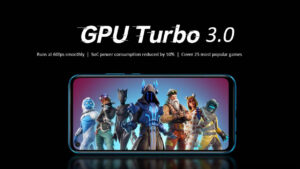 Huawei, a company to drag out the Samsung from its Peak position and got ranked as the highest phone sold in last year,felt certain crisis due to the recent ban on its software department. It was a bit disappointing that Huawei got blamed for such offense. But time healed its wounds, the temporary ban on Huawei is finally removed. So, Huawei came up with the new idea of introducing a new phone with the best specification with the least price you should pay. Hence, this is how Huawei Nova 5T came.

Huawei Nova 5T, a perfect smartphone, that is a beast within the beautiful & appealing body.The Huawei nova 5T brings a 6.26-inch display with FHD+ resolution and a punch hole for the 32 MP selfie cam. On the back, there is a quad-cam setup. Under the hood, the phone is powered by Kirin 980 SoC paired with 6 GB RAM and 128 GB storage, and 3,750mAh battery.

How is the gaming on this phone? Major Reasons

We would be explaining to you why Huawei Nova 5T could be your next Ultimate Gaming Companion by listing out some of the major points.

Everyone loves to have high frame rate when they play exciting games. The Kirin 980 octacore remains Huawei’s most powerful processor in current service and has been deployed in their flagship P30 and P30 Pro series phones. Built on a 7nm process and featuring a dual neural processing unit (NPU) to tackle AI related tasks, the Kirin 980 is able to offer significant AI-related benefits to prolong the phone’s battery life in the field by optimising app usage and battery expenditure as well as intelligently selecting the best settings depending on what you’re aiming.

This enables high framerate gaming with no lag. We tested different games at their highest setting. Here are the results.

The Nova 5T’s 8GB of RAM also helps quite a bit when it comes to multitasking (as you never know when real life will intrude when you’re playing a game), ensuring that you won’t have performance issues when you’re switching to apps like Facebook in between rounds.

In terms of synthetic benchmarks, the nova 5T benefits significantly from its Kirin 980 processor and has excellent performance for its price range. In 3DMark’s Sling Shot Extreme OpenGL ES 3.1 test, it got 2,510 points while in Sling Shot Extreme Vulkan, it reached 2,235 points. In Antutu 3D, it got a very respectable 206,163 points while in GeekBench 4.4.2, it got a single-core score of 3,301 points and a multi-core score of 9,760 points. In PCMark, which indicates its capabilities for handling productivity-related tasks, it got a Work 2.0 performance score of 7,877 points. These scores are excellent and are almost on par with their earlier released P30 flagship phone.

We know the benchmark is not the final decider; you would surely love this phone in on had use.

As per the company, GPU Turbo 3.0 cuts down on SoC power consumption by 10% and optimizes “the underlying system performance to provide a continuous gaming experience.” Besides faster touch response and lower energy consumption, GPU Turbo also reduces frame drops and results in a higher average frame rate compared to when the feature is switched off.

The number of Android game titles which can utilize GPU Turbo has also been increased from 6 to 25 which includes:

Huawei Nova 5T comes with Bluetooth 5.0. The range coverage of Bluetooth 5.0 is more than its previous version, which reportedly covered a range of 33ft. The new version is four times the range of its former version. Dual streaming is also possible as you can enjoy listening to two different audio sources in two different audio devices at the same time. The data transfer rate of this version of Bluetooth has increased twice to its former version. The amount of information carried is eight times the amount of information carried in the previous version of Bluetooth.

Everyone loves gaming experience without any interference. So, Huawei just heard your wish, with the new Anti-interference ability – you can experience the seamless gaming with any disturbance from unexpected calls, messages, and random pop up. Your Huawei Nova 5T will make sure to make your gaming experience worth your time.

With the powerful 3750 mAh battery, you can be sure to have a never ending gaming experience. On our daily use, we were actually impressed by the battery life. We took this phone to Tilicho Lake wiith full charge and the result were awesome where we had around 20% charge left on our 4 day journey with continuous photo, video recording and minor gaming. So, with the even the heaviest use from a gaming geek the phone will give you a solid one day full use.

With the performance mode on, Huawei Nova 5T clearly showed that with continuous 32 minutes of PUBG gameplay, the phone experience only 3% battery loss. These rates are somehow the best example of battery management on a flagship killer.

If you are a mobile gamer and have some issue with paying so much money for a flagship, you can go for Huawei Nova 5T, the real flagship killer, without any pain in your pocket. With high framerates, enhanced Bluetooth with Improved stability, GPU Turbo, and never-ending battery life with fast charging Huawei Nova 5T can be your Ultimate Gaming Companion. So, be sure to grab your own Huawei Nova 5T in this festive season.

Well, that’s it for now. Make sure you stay tuned as we’ll be publishing reviews and news of the technology world.