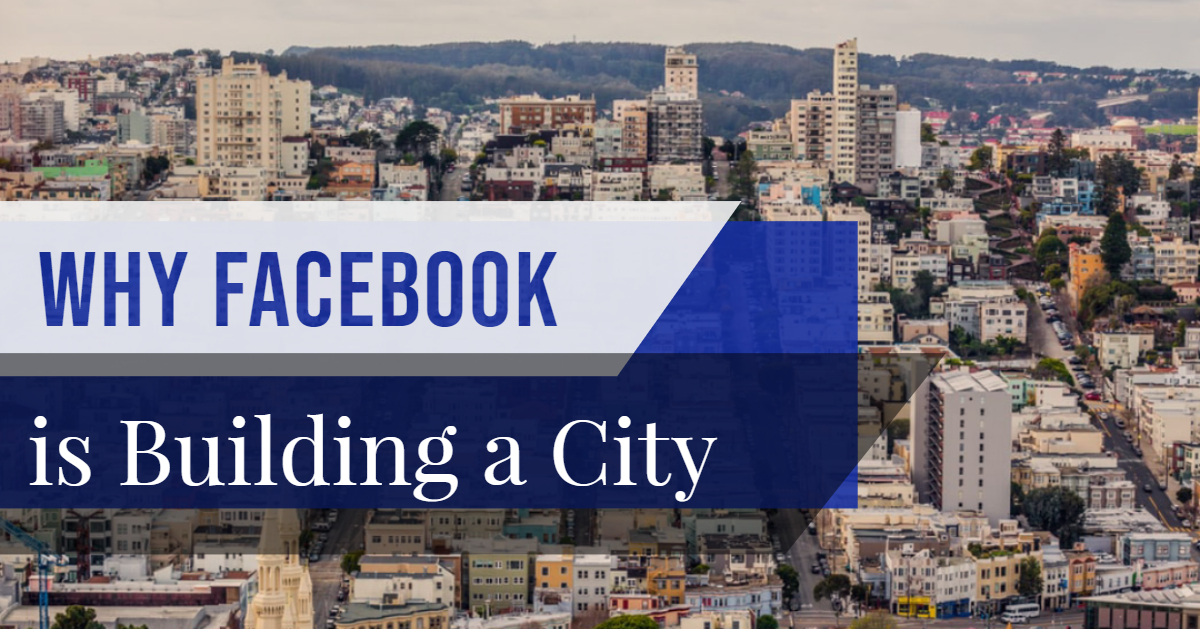 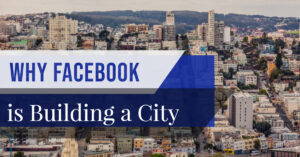 South of San Francisco, in Menlo Park, the heart of Silicon Valley, lies a series of unremarkable offices. They have creative names like “Building 57”, “Building 40”, and wait for it! none other than the Employment Development Department! There’s a plan, though, to turn this 59-acre office park into a more-or-less fully self-contained, city called Willow Village.

It’ll have a grocery store, pharmacy, retail stores, playgrounds, hotel rooms, a community center, and 1,500 housing units. one more thing it’s 100% owned by everyone’s favorite company. No, not Equifax. Not Comcast or Enron. Worse: Facebook. In just a few years, Facebook employees will be able to work, eat, play, shop, and now, sleep, all without leaving the property of the world’s most trustworthy company.

Google, meanwhile, plans to build over 10,000 homes in Mountain View, And Apple just finished the 6th most expensive building in the world, behind Singapore’s famous Marina Bay Sands.

As companies expand their physical presence, the line between public and private is being blurred, and local governments find themselves not governing but being governed by more powerful corporations. And it all stems from one simple economic problem.

College majors are generally fairly constant. About the same percentage of students choose physics, or psychology, or English from one year to the next. Generally. Up until 2008. The financial crisis had an immediate, and so far, it seems, permanent effect on colleges. When the sun is out and jobs are abundant like right now, the relative value of more education is lower. Your goal is to get employed as fast as possible and ride the wave.

When times are tough, the opportunity cost is much lower – it’s harder to get a job, keep it, or get promoted. So, you do the opposite – go back to school and pick the most marketable major available. And that’s exactly what happened. The Great Recession changed the entire purpose of education. The number one reason people chose to go to college in 2006 was “to learn more about things that interest me”. In 2009, it was “to get a better job”, and has stayed that way ever since. First, students left the humanities. In the ten years after the recession, U.S. English degrees dropped 22%, Education 19%, and Philosophy or religious studies, 15. Meanwhile, Health-related degrees have doubled, Biological and biomedical sciences have increased 61%, and engineering, 60%.

Computer Science, specifically, has absolutely exploded. It’s not hard to see why. If you find yourself getting mediocre grades, often missing class, and with totally unremarkable skills, congratulations! As an average U.S. computer programmer, you can expect to make $50-55,000 a year, right out of college. No experience or graduate degree required. In other words, to earn more than 64% of the country, all you need to do is stay in school for 1,460 days. If you keep doing average work, don’t go back to school, but manage to keep this up for a few more years, congratulations again! Now you have experience. You’re looking at a median salary of $105,000, making more than 88% of the country.

Now, I’m no economist but, something about this doesn’t seem quite right. Students are picking majors based on their career prospects now more than ever, salaries are off the charts and credentials, quick to obtain, which means, the market should be absolutely flooded with Computer Science students, increasing supply, allowing salaries to fall, and soon reaching an equilibrium. The problem is that demand for Computer Science has grown really quickly, even compared to other engineering majors, but universities are slow. If they could snap their fingers and produce more professors, they would. But the lag time is incredibly long.

If you’re a new high school graduate who sees demand for Computer Science teachers, it’ll take at least nine years to get a bachelor’s, then master’s degree, then a doctorate, and by then, things have may have changed. More importantly, if you can make six figures with just a bachelor’s degree working for a company, why spent five more years only to make the same or lower salary? Schools are competing for professors with the very companies whose high demand for graduates has created the problem in the first place.

They can only increase class sizes so much before it starts to hurt the staff-to-student ratio, which lowers the school’s ranking. At the University of Washington in Seattle, only a third of students who apply to CS programs are accepted. To be clear, that means two-thirds of freshman and sophomore students who are already accepted to the school can’t get into their desired major because it’s full. As of 2017, about 530,000 open jobs are fighting for about 60,000 new graduates a year. Employees, even mediocre ones, but especially the most talented among them, have most of the leverage here. Not only do they always have the promise of high salaries, signing bonuses, and stock options elsewhere, But because tech companies are so concentrated in Silicon Valley, changing jobs is really easy.

You won’t have to move to a new state, or climate, maybe not even a new house. Apple Park is a 15-mile drive from Stanford, Tesla Headquarters 3 miles, Facebook 9, and Google 7. Software companies, therefore, have about the same turnover rate as McDonald’s. The average Tesla employee, for example, lasts 2.1 years, and 3 is considered quite good. So, tech companies have to go out of their way to make workers happy. That means free food, gym memberships, cellphones, unlimited vacation days, laundry, bikes, childcare, yoga, nap rooms, luxury lockers, and massages.

Google, Apple, and Facebook will even pay for women who aren’t ready to have children to freeze their eggs. Still, it’s not enough. Especially for Facebook, whose poor reputation has reportedly made it much harder to attract talent. According to CNBC, nearly every applicant Facebook offered a job to in 2016 accepted, while only about half do today. The ultimate way to keep employees, though, is to involve yourself in every aspect of their lives. It’s much harder to leave a company when it owns your house and those of your friends and family.

Already, Facebook offers at least $10,000 to live near the office. Apple and Google, meanwhile, drive employees who live in San Francisco to work in luxury, WiFi-equipped busses. For the employee and the company, all of these things make sense. But they often come at the expense of the community as a whole. By using municipal bus stops to load and unload, they use public infrastructure without supporting or improving the quality of public transportation. They’ve also made housing unaffordable, not only around their campuses but in neighborhoods as far away as San Francisco. And, as their physical presence grows, they begin taking over some of the roles of government.

In 2014, for example, Facebook paid for a new police station next to its campus, along with the $170,000 salary of an officer. That should be a red flag. It’s time for the country to reevaluate the power big companies have over government, and maybe not the time for Facebook to try replacing the US Dollar. If you’re as curious as I am about why Facebook wants to dominate payments in developing countries like India.