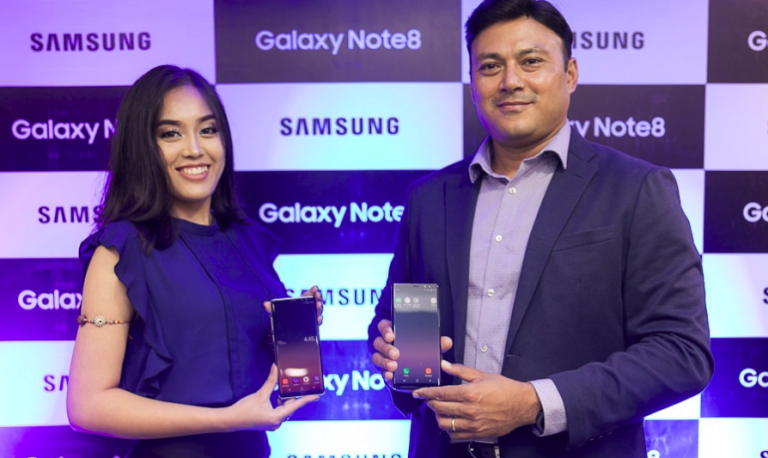 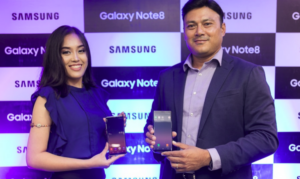 Samsung launched its latest flagship smartphone in Nepal, the Galaxy Note 8. After the bad market experience and millions of lose due to the explosion of Galaxy Note 7, Samsung had to do lots of improvement in their battery.

Samsung Nepal launched the Galaxy Note 8 in the launch event at Ishwori Building, Durbarmarg in the presence of Journalist, Tech Blogger, and the Samsung representatives.

Galaxy Note 8 comes with the cool design and the lots of new features the users haven’t seen before. After Galaxy S8/S8+, Samsung also added their voice-powered digital assistant named “Bixby” to Galaxy Note 8.

Bixby is very like similar to the Google Assistant and the Siri of iPhone. But after the user’s experience, Bixby is more powerful and easier than the Siri.

Talking more about the specifications, The phone has infinity edge to edge display with (QHD, WQHD) display resolutions. And the display is super AMOLED.

It comes with the Android version 7.1 Nougat After the upgrade, the phone currently has Android version 8.0 Oreo and later it can be upgraded to Android P and maybe more.

It comes with the 64 GB internal and 6 GB RAM and can be upgraded up to 256 GB. It is the first phone from Samsung to bring the dual camera on the back.

The phone is IP68 certified water and dust resistance. Samsung added an IRIS scanner as we had before in Galaxy S8/S8+ ( Water and Dust Resistance) and a fingerprint sensor on the back.

Samsung also continued with all the sensors ( Heart rate, Barometer, Accelerometer, Gyro, Proximity, Compass, SpO2), which we saw before in Galaxy S7/S7 Edge and the Galaxy S8/S8+.

The battery comes with 3300 mAh and the phone supports wireless charging. The phone removed the micro USB 2.0 port and replaced with the USB 3.0 Type C port which supports fast charging.

The current price of Galaxy Note 8 is NPR 96,900. But after the releases of Galaxy S9/S9+, the values of Note 8 get down. If you want to get the phone cheaper than MRP, you can visit the local Mobile center.

You can get up to 10% discounts if you buy through the local Mobile centers.