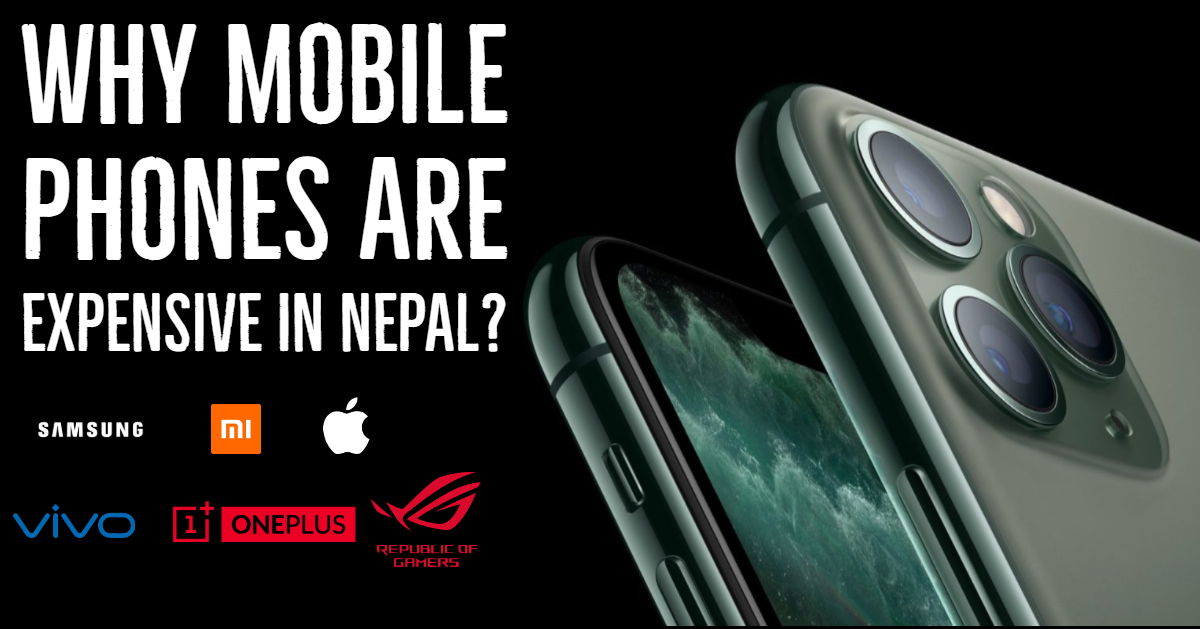 Why mobile phones are expensive in Nepal? 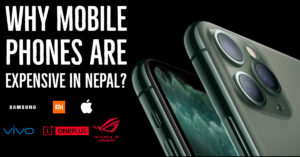 The mobile phone is the third-largest traded commodity in Nepal after petroleum products and iron, according to the officials of Mobile Phone Importers Association (MPIA). The sector has been facing difficulty by high tax, illegal imports, grey market, and unfair competition in the market.

So, we may get into a situation where we check the price of the smartphone we want to buy online and get to know how cheap the phones are in India and other nations. We wish to purchase those phones, but the amount charged by the distributor companies are like a pain to our pocket. It’s impossible to import it ourselves unless we have someone living abroad because of the difficulty of finding a trusted individual and the custom tax demotivate us.

We would be discussing why we, consumer, get into a situation that we pay a high price for the mobile phones.

Distribution channel in the mobile market is somehow complicated. Producer cant really gives their goods directly so they go through a process. In this process, the producer hires an agent or simply known as a broker. This broker gets the deal final and gives the product to wholesaler or distributor, which further is given to the retailer who sells the product to consumer finally.

The primary reason for smartphones being highly expensive in Nepal is the lack of Official Company Retail Stores. Moreover, the chain shown above shows us that when you pay for the product you also pay for the services that you have gained such as assurance and the belief that your product will be repaired if broken.

Also, these distributors sell the devices themselves and give authority to smaller stores to sell them as well. Thus this long chain of middlemen charging a sum for themselves results into the device being much more expensive when it reaches the customers.

There is no regulatory body that is effectively keeping a watch on the market, every day you see customers being scammed by high priced products in the promise of warranty, care packages.

The lack of official bodies from the official companies and the government means that if the buyer is not careful s/he can get scammed easy.

This is the major reason for resulting in a price hike in smartphones in Nepal. Especially dollar fluctuation may be the resulting factor.

Example importer pays some amount during the time of import and after the import, if the dollar rate eventually gets lower than the import suffer from the loss. Here the smartphone prices can be high because the importer paid higher. To overcome the loss, the importer must sell the product at high rates.

Tax and VAT issues are the main reasons for the excessive price hike in Nepal. Importers of mobile phone sets are entitled to 40 percent VAT refund, meaning 40 percent of the tax they pay at the customs offices is returned to them once the phones are sold in the domestic market.

Before 2075-76, things were a bit easier but after 2075-76, there is an excessive duty to be paid resulting in the price increase.

Mobile phone industry recorded the transaction of over Rs 25 billion in the recent year. But the matter of fact, none of that goes to our nation rather goes to foreign countries. There is already the chain of middle-men, excise and customs duties and let’s add shipping costs to it, you would surely feel pain to your pocket.

We could easily get rid of the custom TAX and transportation costs, if only we had domestic industry or plants.

Quantity of import also plays a vital role in a price change of smartphone. Big companies also don’t show any interest because of our import quantity. Due to this, even for budget-friendly phones, we have to pay half of our salary.

Hence, Import Quantity also plays a vital role in the ups and downs in the smartphone market.

So, these are the reasons that result in expensive mobile phone price in a country like Nepal. Its is sure that excise duty on smartphones decreases by 50%. We can just wait and watch how the different mobile companies will react to this decrease in excise duty.