Why are you skipping Galaxy Note 9 ? 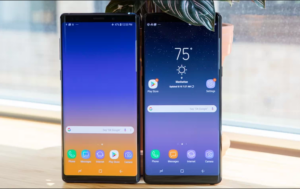 Recently Samsung Galaxy Note 9 went official. The new Galaxy Note 9 came with a big battery, lots of storage, a Bluetooth S Pen, stereo speakers, and AI camera features. It comes with two storage variants, 512 GB, 8 GB RAM or 128 GB, 6 GB RAM. The best part is, Samsung didn’t increase the price of the device. It has the same price as Note 8 had before on release.

Samsung had put their lots of effort to make such a flagship device. People were excited as much as in past. As in the previous edition of the Galaxy S series and Note series, People have waited for the launch of Note 9 too. After launch, Some of you are waiting for the day for going sale of the device to make pre-order. But as people impressed with the Galaxy Note 8 and S8 series, people seem not impressed with the Galaxy Note 9.

So, we want to know what are the main reasons that make you uncomfortable with Galaxy Note 9?
[poll id=”2″]